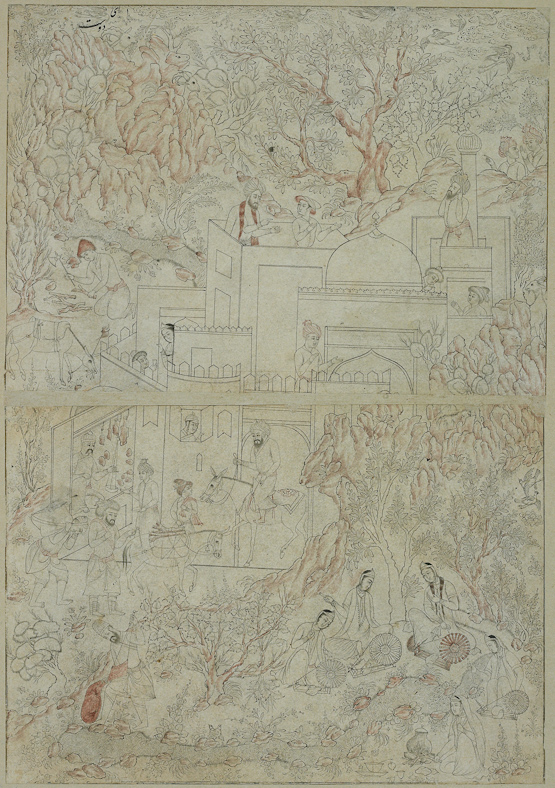 The story of Haftvad and the worm, introduced into the epic immediately before the Sasanian period, may be understood as a myth of the arrival of silk production in Kerman. Girls from poor families meet to spin cotton. Haftvad’s daughter finds a worm in an apple. Taking this as a token of fortune, her father feeds the worm, which grows massively, as does his wealth and social standing. Haftvad builds a city on a hill and names it Kerman. This arouses the concern of Shah Ardeshir, who presents himself to Haftvad as a merchant, offers to feed the worm and kills it with molten lead.

This composition, a mirror image of an illustration by Dust Mohammad in Shah Tahmasp’s Shahnameh, is inscribed Ey Dust (‘Oh Dust’ or ‘Oh Friend’). It has been attributed to Dust Mohammad c.1555, after he moved to India. The landscape and architecture confirm an Indian origin, but the female costumes argue for a later date.