No. 94 Bahman-Ardeshir swallowed by a dragon 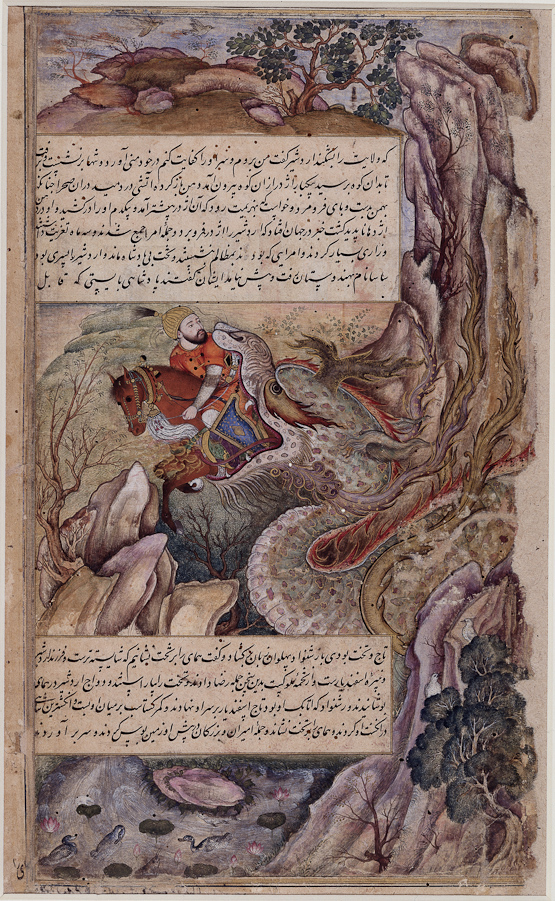 At the outset of the prose epic Darabnameh, Bahman, son of Esfandiyar and known as Ardeshir, rules in Iran. He is told that a dragon has appeared in the mountains and is causing havoc with the herds. He goes alone to deal with the threat and suddenly the fire-breathing dragon emerges and swallows him. This is the only incident in which a monster triumphs over a hero, and it may represent the mythologized version of a political event. This extraordinary image was produced at a significant moment in the development of Mughal painting, when Persian, Hindu and European artistic styles converged. It could be associated with the visit of a Jesuit mission, which brought European pictures, to the emperor Akbar (1156–1605) at Fathpur Sikri in 1580.