No. 91 Tahmineh comes to Rostam 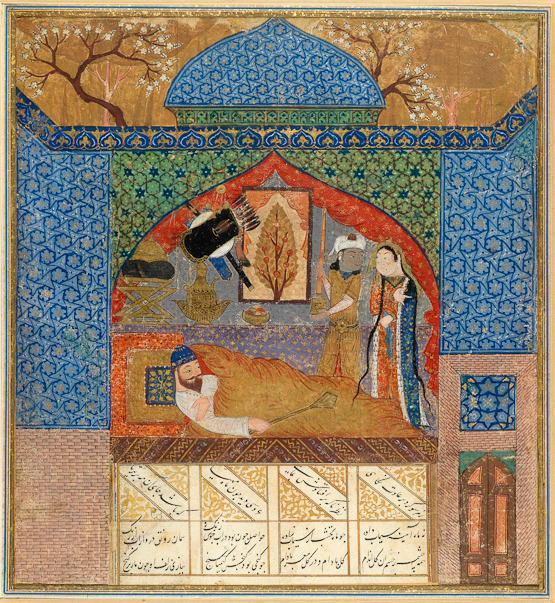 Tamineh and her attendant exchange looks as though preparing for her to propose carrying Rostam’s child. The Persian hero stares up at both of them, eagerly wondering what prompted their midnight visit. This scene contains architectural features on the basis of which it can be attributed to the Sultanate period in India, that is the time of Muslim rule in north and central India prior to the coming of the Mughals. The profile of the dome and the fact that it overhangs its drum suggest production in the North Deccan in India.