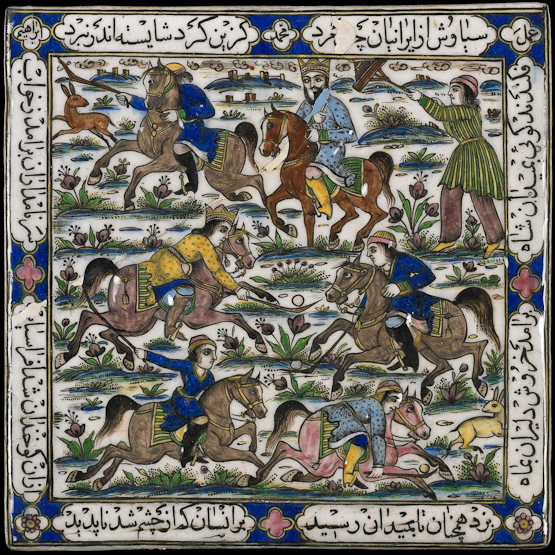 Having proved his innocence against his stepmother᾿s accusation, Siyavosh volunteered to repel an incursion by Turan. But a dream warned Afrasiyab that he would meet his doom if he fought Siyavosh and they came to an agreement, which enraged Key Kavus. Torn between his agreement and his duty to his father, Siyavosh went into exile in Turan. He was well received and was able to display his skills, including his prowess at polo in a match against Afrasiyab — shown here.

The nineteenth century saw a revival of figurative tilework, with advanced pictorial effects. There is a hint of distant landscape and the suggestion of shading in this tile. It is signed in the upper border by Mohammad Ebrahim, who is perhaps to be identified with one Ostad Ebrahim Kashani, known from a single tile in a private collection.