No. 85 The dying Esfandiyar watched by Rostam and Zal 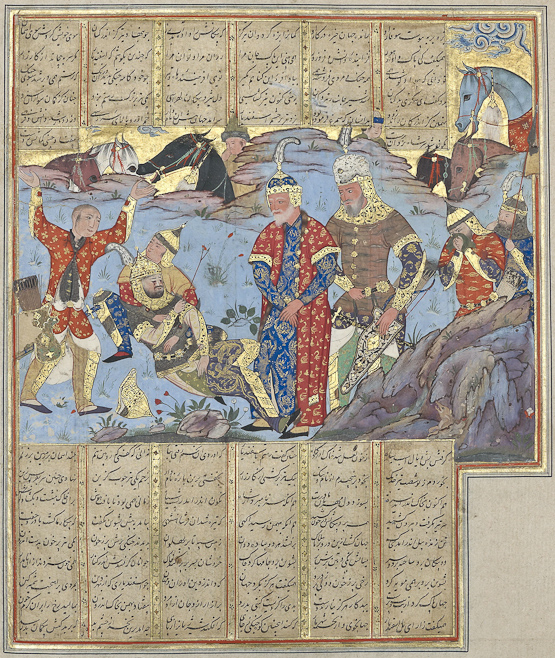 After a long battle with Esfandiyar, Rostam was prompted by the Simorgh to shoot his adversary in the eyes with a double-headed arrow of tamarisk. Esfandiyar fell, but drew out the arrow himself, as his brother Pashutan and his son Bahman ran to assist him. Esfandiyar entrusted Rostam with the care for Bahman, although he found out that the hero had received assistance from the Simorgh. We see Rostam as he begins to regret and his father Zal who realizes that the hero’s life will now be darkened.

The manuscript was presented to King George III or George IV by the Marquess of Hastings, who had been Governor General in India.