No. 75 Tahmineh comes to Rostam 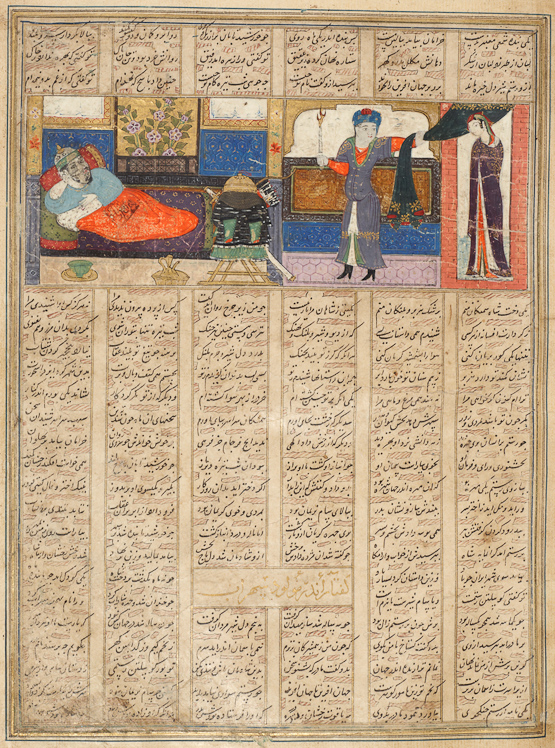 As in Nos. 18,28 and 48, we see Tahmineh, the daughter of the ruler of Samangan, approaching Rostam in the middle of the night with the request to bear his child. Here, Tahmineh is a shy figure, allotted a single column width, while her attendant receives two. Rostam’s face has been re-drawn, and an owner’s seal stamped on his coverlet. The copying of this manuscript has previously been attributed to Sultanate India in the fifteenth century, but the presentation of the script in a cloud outline and the high-heeled boots of the attendant support a later date. The presence of other illustrations in the manuscript in a pastiche of fourteenth century Il-Khanid style is a further indication of a deliberate art historical reference to the past.