No. 73 Giv chides Bizhan for failing to defeat Forud 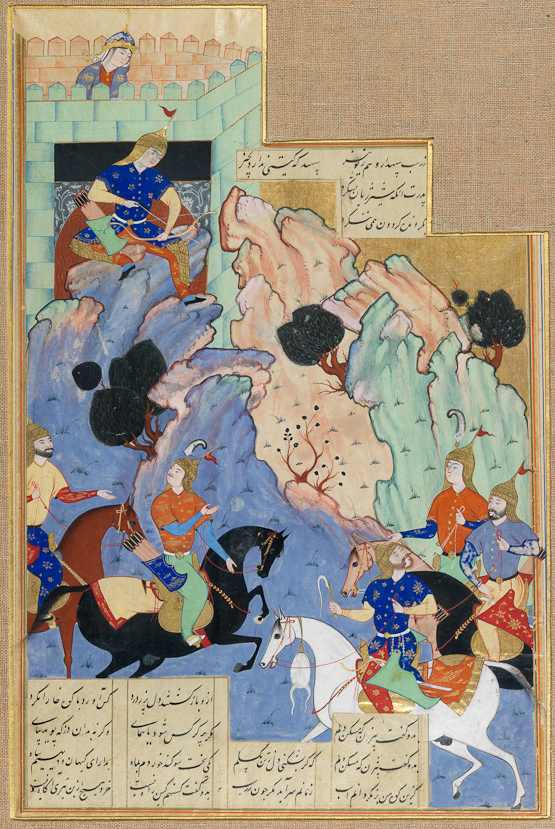 As in No. 50, champions of Iran have attacked the castle of Forud, half-brother of king Key Khosrow, and Forud has defeated them with his arrows. The Persian hero Bizhan remarks scornfully on their army’s lack of success to his father Giv and the latter strikes him with his whip. Though using a composition similar to that of No. 50, this version has moved the focus of attention from Forud in the upper part of the scene to a bad-tempered incident in the lower: that is from epic warfare to human foible. The folio is from a manuscript probably made for Shah Esma‘il II (1576-1577).