No. 7 Rostam lifts Afrasiyab of Turan by the belt 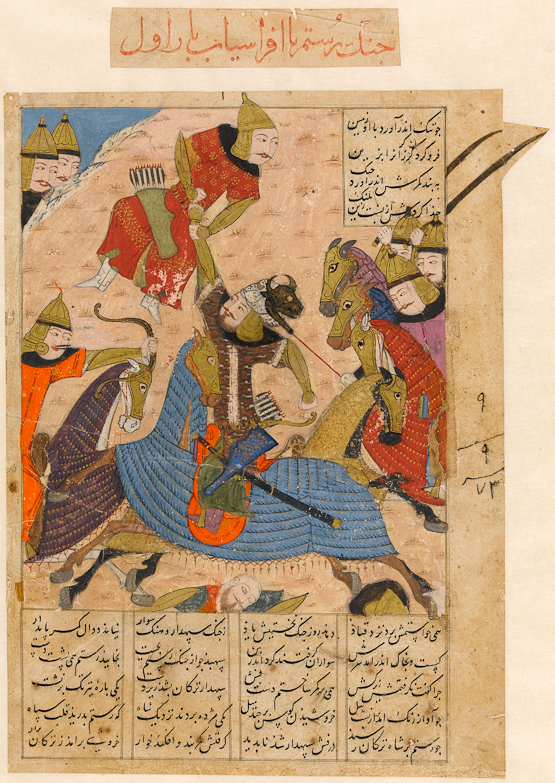 The murder of Iraj by his brother Tur sparked continuous warfare between their descendants in Iran and Turan. The Turanian attack during the reign of Key Qobad is the first appearance in battle of the young champion Rostam, whose exploits dominate the legendary section of the Shahnameh.

Here Rostam lifts the Turanian king Afrasiyab by his belt into the air, the only way to unhorse him because of the shape of the saddle. The hero lifts his enemy effortlessly, ‘as if he weighed no more than a mosquito, making his soul worth less than a fistful of dirt’, as Afrasiyab told his father later, having escaped after his belt broke.