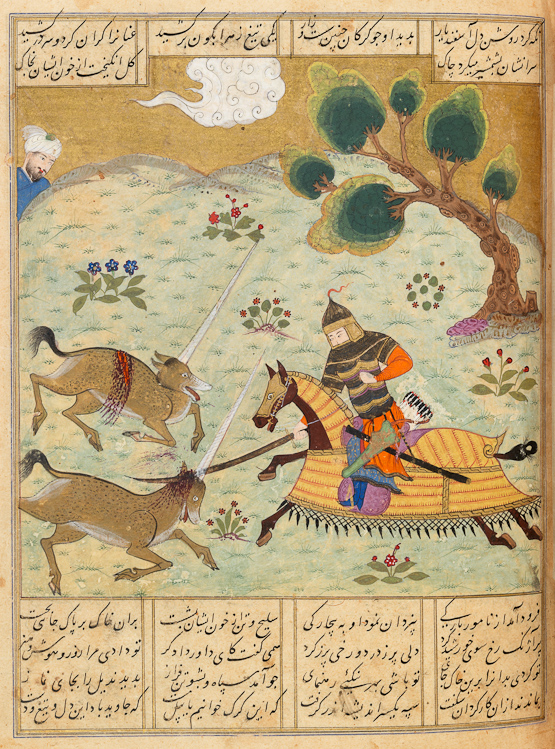 On his way to release his sisters from Turanian ruler Arjasp in the Brazen Hold, Esfandiyar encountered Seven Perils — the counterpart of those experienced by Rostam when he rescued Key Kavus (both paralleling the Labours of Hercules). The first is the threat posed by two kargs.

In this picture the cloven-hoofed monsters have a chance resemblance to unicorns, but the faces of wolves. The rendering of gurg, or ‘wolf’, and karg, or ‘rhinoceros’, is similar in Persian script. In addition, Persian painters had only a vague idea of the appearance of the rhinoceros.

This copy of the Shahnameh represents the type of manuscripts described as ‘Commercial Turkman’, since it was produced for the market rather than a specific patron.