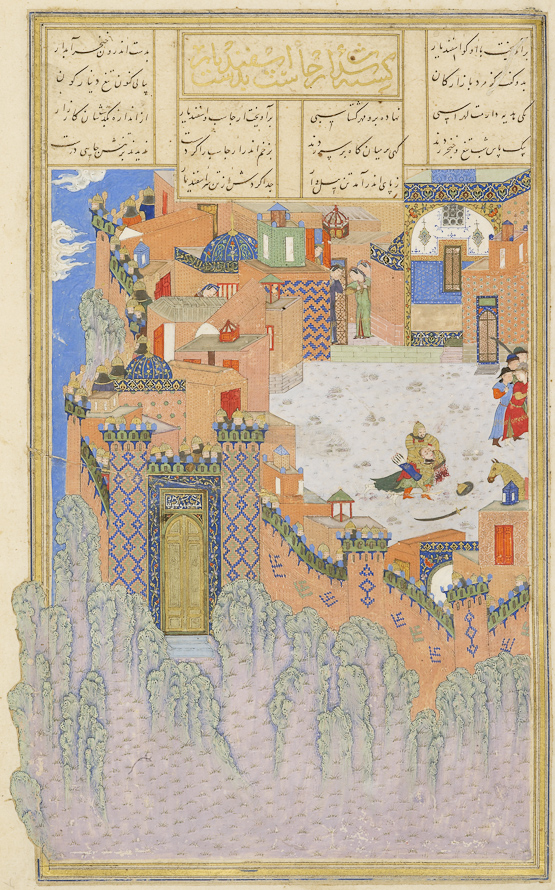 Esfandiyar, son of Goshtasp of Iran, went to the Brazen Hold to free his sisters who had been abducted by Arjasp of Turan. Disguised as a merchant, he entered Arjasp’s fortress, found his sisters, signalled to his army outside to attack the castle, and slayed Arjasp. This extraordinary bird’s eye view distances the main action, while the intricate web of architecture frames and holds it in focus. The tile cartouche above the door reads ‘Mohammad Juki bahador (warrior)’, the name of the patron of this manuscript.