No. 53 The paladins in the snow 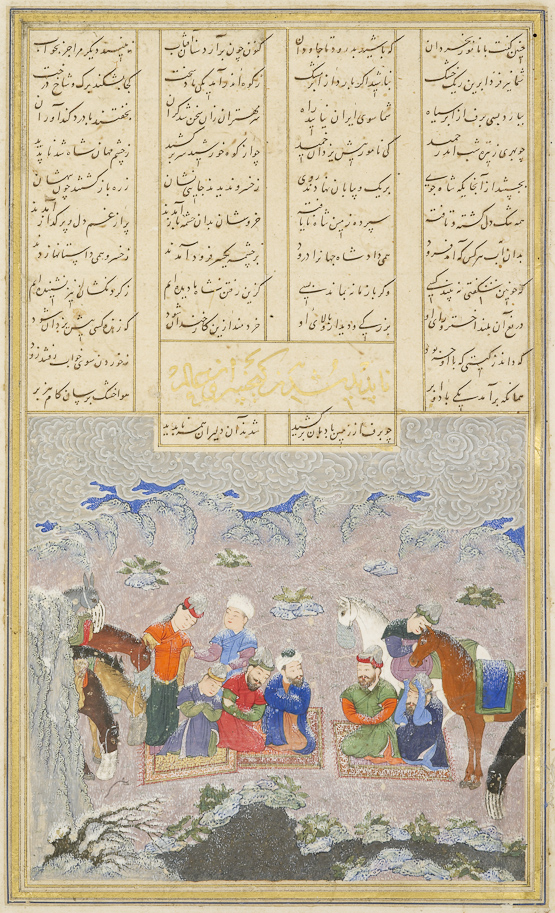 After a long and prosperous reign, the virtuous Key Khosrow prayed that he might die before succumbing to pride. He renounced his kingship, gave away his treasures, left the throne to Lohrasp, and made his way into the mountains accompanied by his closest paladins.

He asked them to leave him and return to the valley. Zal, Rostam and Gudarz obeyed him reluctantly, but others remained. Key Khosrow spent the night reading the Avesta (the primary collection of sacred Zoroastrian texts) and bade his companions farewell. In the morning they searched for him in vain, fell asleep and were buried in the snow.

Ignoring the text, the artist has created a charming image of travellers caught in the snow. Chinese motifs, such as the swirling purplish-gray clouds and the tree stump delicately covered in snow, mingle with gestures observed from life.