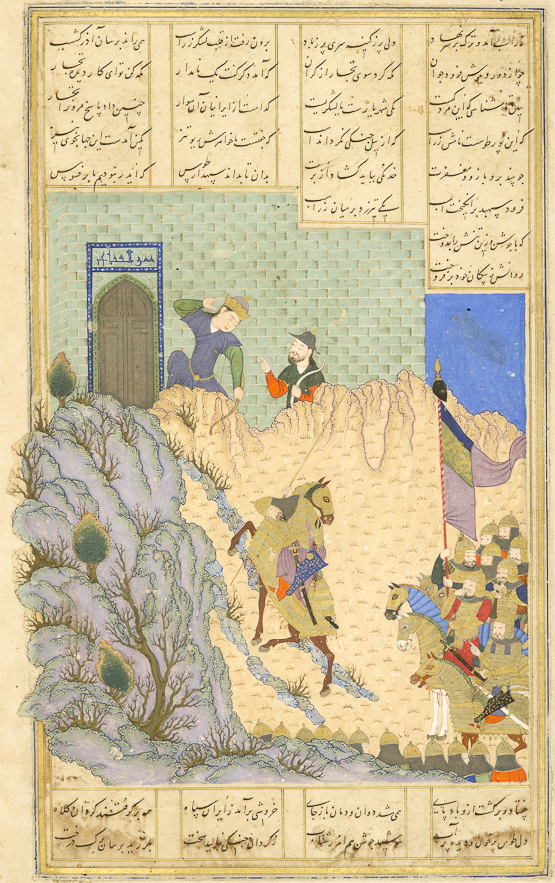 After his fire ordeal, Siyavosh went into exile and was murdered on the order of the Turanian king, Afrasiyab. Key Khosrow, the son of Siyavosh and King Afrasiyab’s daughter, returned to Iran as prince and decided to avenge the murder of his father. He sent an army to Turan, instructing them to avoid the castle of his half-brother, Forud. But the army commander, Tus, approached the castle and when Forud offered to join the avenging army, Tus attacked him. Here, we see Forud shooting Tus’s son Zarasp. Forud’s dramatic posture exploits the fact that the Persian bow was drawn with the thumb. As Zarasp crumples, his horse also feels the shot and strives to maintain its balance. The banner on the lower right may allude to the Persian royal flag, described as violet in the Shahnameh.