No. 46 Portrait of the infant Rostam shown to Sam 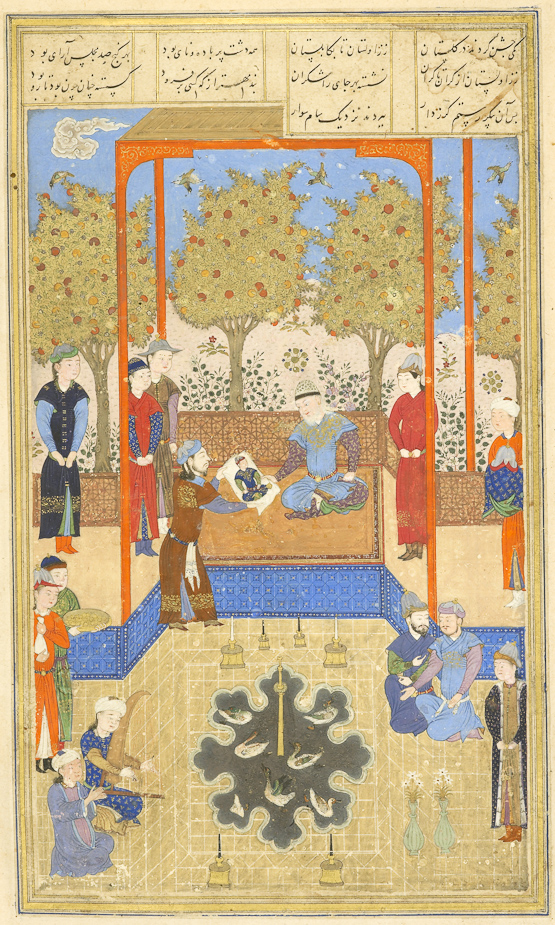 Zal fell in love with Rudabeh, daughter of king Mehrab of Kabol. Sam was opposed to a match at first, since Mehrab was a grandson of the tyrannical king Zahhak, but he relented when astrologers told him that a son born to the couple would be a mighty champion of Iran. Assisted by the Simorgh, who was summoned by the burning of one of her feathers, Rudabeh gave birth to a boy of prodigious size. They named him Rostam and his image was sent to Sam. In the Shahnameh, the image is a stuffed doll, but here the artist has interpreted it as a painting on silk.

The messenger or courtier who presents the portrait to Sam has perhaps taken on some of the nervousness that the artist himself may have felt in laying his work before his patron. But Sam radiates satisfaction.