No. 45 The Simorgh restores Zal to Sam 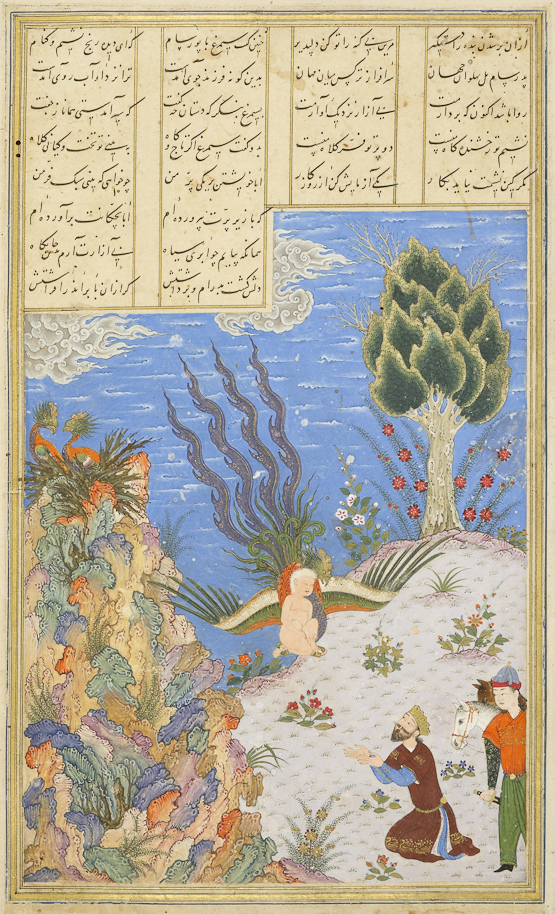 Sam had long been childless, but when an albino son was born to him he abandoned him in the Alborz mountain to die, because of his perceived defect. The Simorgh, a mythical bird, took the infant to her nest and brought him up. Years later, Sam had a dream about his son and set out to find him, but could not reach the mountain top. The Simorgh gave the boy feathers that he could burn to summon her at need and carried him down to his father. Overjoyed, Sam named his son Zal (‘white-haired’).

As usual, Zal is shown here as an infant rather than the boy described in the Shahnameh. The rendering of the Simorgh derives from Chinese versions of the Asiatic pheasant. The colourful rocks lend a magical quality to the mountains.