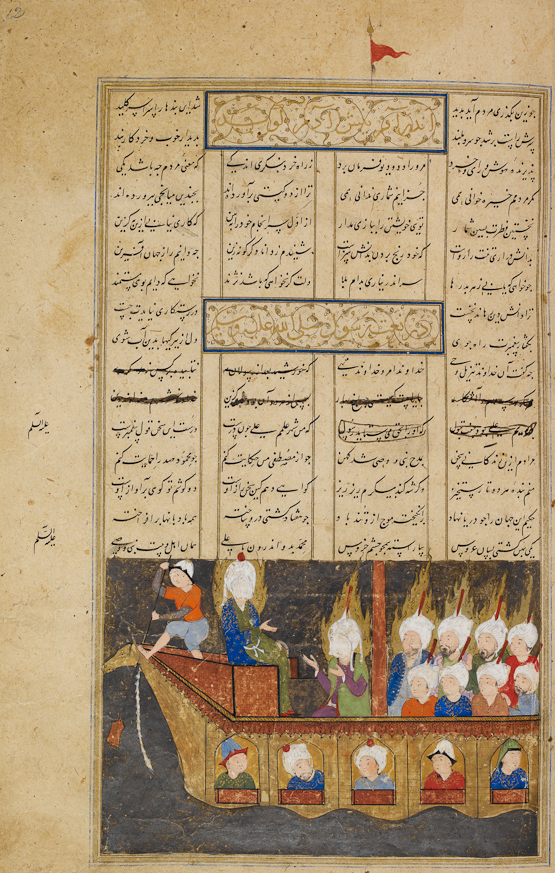 The numerous ships in this image acknowledge the existence of various religions, but the Prophet Mohammad and his son-in-law ‘Ali are shown on the ship representing the shi‘i branch of Islam. Shi‘ism considers the Prophet’s family his true successors, while sunni Muslims favour the caliphs chosen among Mohammad’s companions.

A shi‘i owner of this manuscript has scratched out references to the first four caliphs, treating the fourth, ‘Ali, who was a family member, more leniently. From the sixteenth century onwards Mohammad was normally shown veiled, as a mark of respect.

Here, the family wear their turbans wound round a cap with a high central projection, which denoted shi‘i affiliation at the time. The flaming halos surrounding their heads originated in the Buddhist art of Central Asia and are found in manuscripts made for sunni patrons as well.