No. 18 Tahmineh comes to Rostam 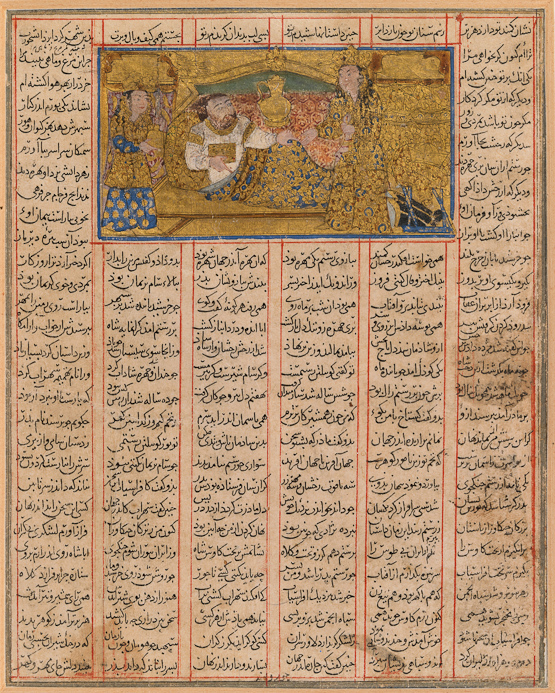 Rostam’s faithful steed, Rakhsh, was stolen by a Turanian patrol while the hero was resting near the border of Turan. He sought a night’s lodging in the remote castle of the king of Samangan. In the middle of the night the king’s beautiful daughter, Tahmineh, paid Rostam a surprise visit: she wished to bear his child. Tahmineh is shown as an imposingly regal figure. Her rich garment reflects the Uyghur painting of Central Asia, while her confident stance betokens the relative freedom of women in Il-Khanid society.

This image belonged to the ‘Second Small’ Shahnameh, one of the earliest surviving illustrated Shahnameh copies which were made probably in Baghdad in the 1290s when Mongol overlords, the Il-Khans, celebrated their conquests through the creativity of their Persian subjects.