No. 103 The head of Iraj brought to Faridun 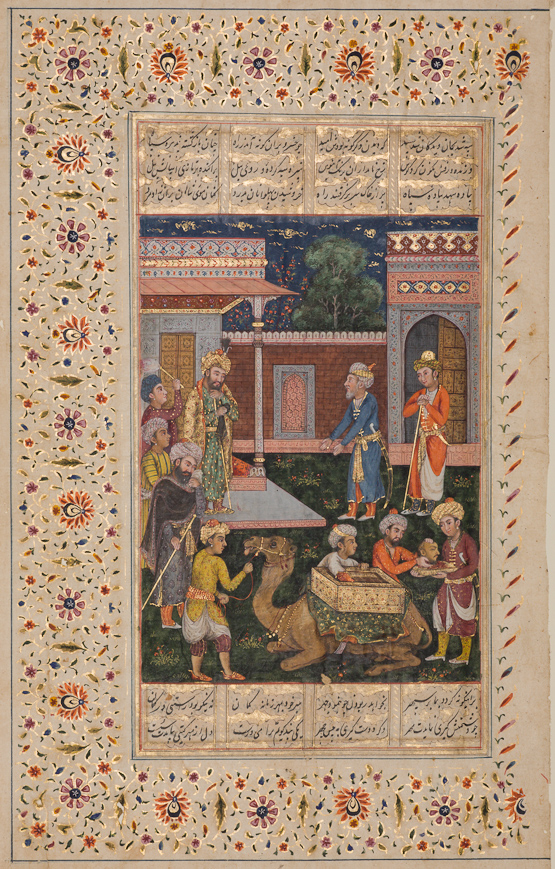 Faridun has prepared to celebrate the return of his beloved son Iraj, but a camel-rider arrives with a golden casket containing the prince’s head. Faridun can hardly believe that his son is dead until the casket is opened, as depicted here. Grandly dressed, Faridun assimilates the terrible news in silence, while an attendant respectfully lifts the head on to a dish. Faridun carries the head into Iraj’s favourite garden (No. 5).

This picture is from the same manuscript as No. 102, but its sombre tonality contrasts markedly with the gaiety of Jamshid shooting the dove.