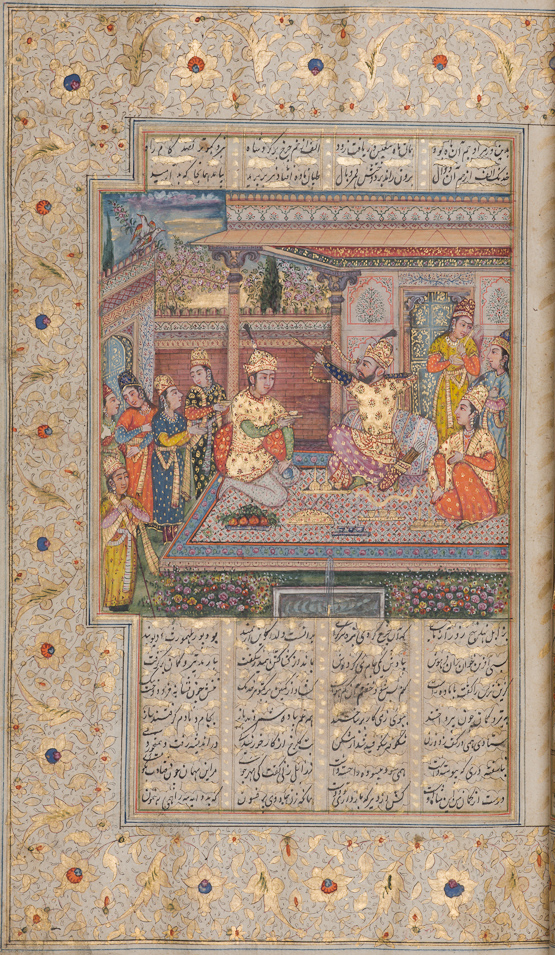 As is sometimes the case, this manuscript introduces a romantic story at the end of Jamshid’s rule. Jamshid has wandered to Zabol, which is ruled by Gurang, who has a beautiful daughter. The princess is told that there is a weary man at the gate, Jamshid is introduced into the court, and the two of them fall in love from first sight. Seeing two doves, the princess calls for her bow and announces that she will shoot one. Jamshid takes the bow and proposes that if he shoots the female bird, the lady whom he most admires should be his. Jamshid’s aim is true, but Gurang has other plans, and considers handing him over to the tyrannical Zahhak. Jamshid flees to Chin. The text of this manuscript was probably completed in 1792, but the illustrations were inserted later.